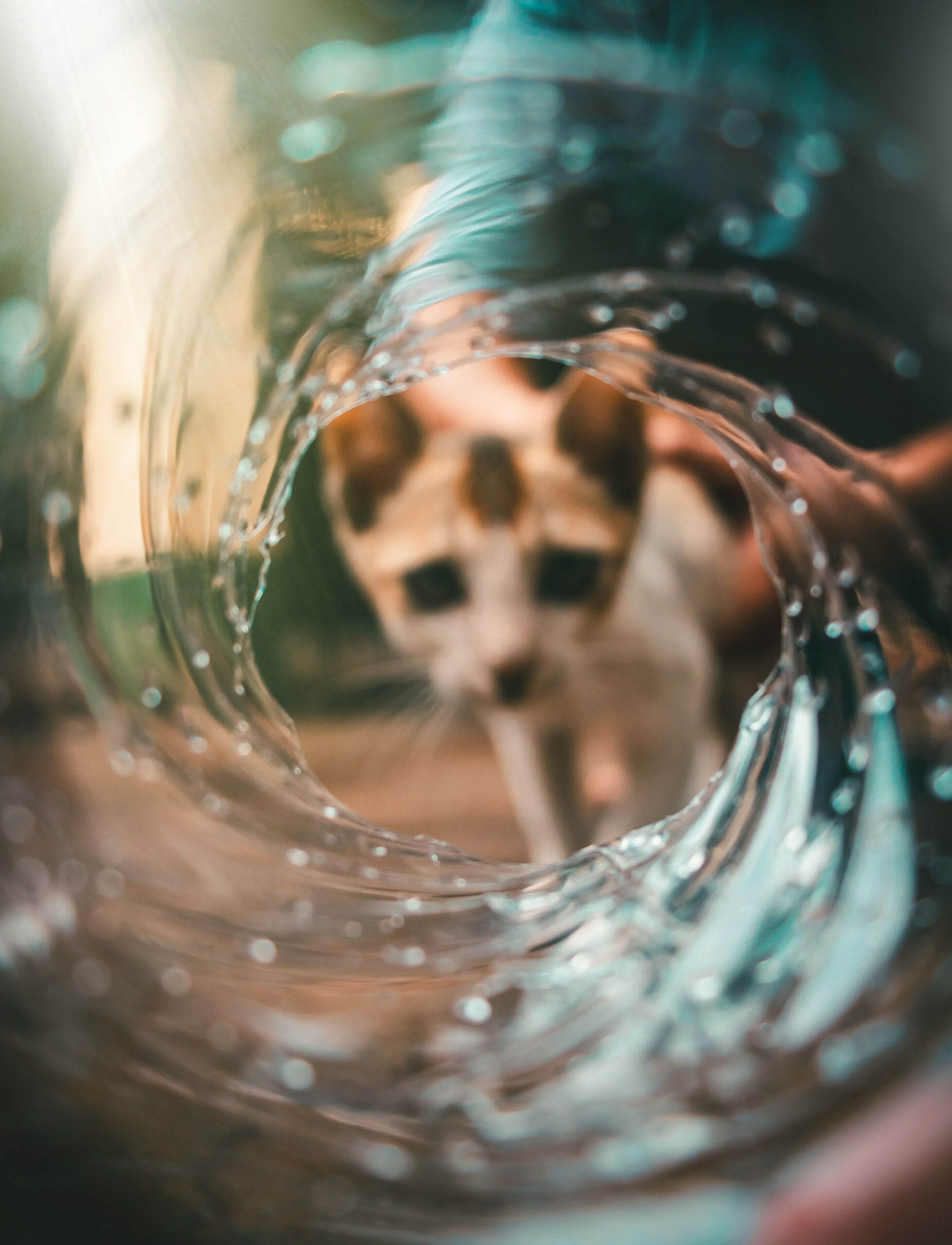 Do you know why cats hate water? Have you ever tried to give your cat a bath, and they’ve run out of the tub as fast as their little kitty legs will carry them? It turns out that it’s not just because we’re trying to clean up after them. Cats instinctively avoid water for many reasons. This blog post will give you some insight into why your cat hates getting wet.

It reduces their movement

If a cat’s fur gets wet, water weight makes cats feel sluggish and unable to move about at their normal speed. So they avoid getting drenched. Felines love to move freely feel uncomfortable when getting drenched.

Due to their history

Cats are well known for their dislike of water, and it turns out that their hatred goes back generations. Cats’ ancestors lived in dry arid places, which means they had never seen or experienced anything like rivers before – so naturally, cats hate them.

Some cats have a deep-seated fear of water, and their aversion to it can be so strong that even going near the stuff causes them discomfort. This may be due to their negative experience in their kittenhood either they got drowned in the water or any other stressful experience.

What is it about water that cats hate so much? For a long time, scientists have been trying to answer this question. Some say they just don’t like the taste of water because their ancestors lived in arid lands and developed an aversion to drinking from bodies of liquid. Others think they may be afraid of being overwhelmed by large amounts of fluid after living on dry land for so many generations. But there’s still no conclusive explanation for why cats are such avid haters when it comes to water.